BROUGHTON TO MEET WITH HUANG THIS WEEK 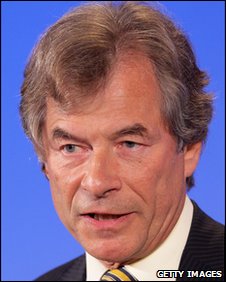 According to The Mirror, Martin Broughton, part-time Liverpool Director of Sale, is to meet with Kenny Huang later this week in order to discuss his audacious plans to buy Liverpool FC.
The Chinese businessman, head of a mega-rich Asian consortium is hell-bent on buying the club.
He initially approached RBS about buying the debt that Hicks and Gillette incurred to buy the club but has now agreed to engage with Barclays Capital, who are in charge of the sale of the club, and with Chairman Broughton.
It now appears that QLS fronted by Kenneth Huang are willing to offer the two parasites that own our club, £325 million, considerably less than the £600 milion they want to get out of Anfield.
This ambitious bid offer will now be discussed directly with Broughton later this week and with only one other offer one the table from Syrian Internationals on the table, he may well decide to give Kenny Huang due dillegence on the club and recommend a sale of the club to a serious, genuine and wealthy bidder in Huang and QSL.
Lets hope for the best!